The Company made significant progress during 2019 in its key areas of focus:

Operating Progress and Outlook. As highlighted, continued progress has been made evolving the business in key identified areas of focus within business information and digital media, including ERIS, STP, REW, agricultural digital media listings, weather, agriculture and mining shows, natural resources and community media digital. The mining and energy businesses were merged to form the Glacier Resource Innovation Group to create greater scale and product and talent synergies.

Print advertising revenues overall continued to decline as expected, although softness in the agricultural market impacted the agricultural group’s print revenues more than expected (agricultural print revenue grew in 2018). The declines in print revenue were partially offset by revenue growth in key data, analytics and intelligence products and digital media products consistent with the Company’s strategy. Cost reduction and rationalization projects were undertaken to manage the print decline.

The Company expects its total revenue will continue to decline in the near term until it reaches the inflection point where the revenue from its data, analytics and intelligence products and digital media products exceeds the decline of its print.

The data, analytics and intelligence and digital media businesses typically have higher margins, so the Company can generate higher profit on less revenue.  These businesses also have higher valuations once sufficient scale is achieved or sufficient growth opportunity is evident, which means future consolidated revenue levels can be lower while creating significantly greater shareholder value. The EBITDA multiple realized on the assets the Company has sold in these areas have been in the 10-12.6x range.

The Company’s strategy is to 1) grow the data, analytics and intelligence and digital media businesses and 2) leverage the brands, market reach, content, sales force and customer relationships of its print products in business information and community media to expedite the growth of the digital media products and events, and develop digital media businesses that can operate on a standalone basis without the support of the print publications.

The company made operating investments in some of the key strategic initiatives within the business information operations and digital community media. These operating investments reduced short-term profitability, but have been critical to the Company’s growth plan and have resulted in demonstrable value creation.

The revenue generation activities and cost efficiency measures had resulted in significant improvement in the Company’s financial performance in the first quarter of 2020 until the impact of the coronavirus related measures and market conditions set in. The Company’s consolidated EBITDA grew in February and was continuing on a similar trend in March until the market conditions changed.

Impact of Coronavirus.  The Company operates mainly in Canada, with some operations in the U.S. and abroad, and has operations in geographic areas where cases of COVID-19 have already been identified. The Company’s customers also operate in these same areas.  The Company is experiencing impacts to varying degrees in its businesses from changes in consumer and business behavior related to the virus containment measures, pandemic fears and workforce impact. While it is too early to determine the extent and timing of the impact on operations, it is expected that revenues and profitability will be affected to varying degrees within the Company businesses.

The Company is taking a wide variety of measures to protect the health of its staff, help reduce the spread of the virus and maintain its businesses as best as possible.

EBITDA was impacted by softness in print community media, agricultural advertising, and the energy and mining business.  While the continued decline of print revenue was expected, the Company’s consolidated EBITDA declined $6 million more than expected due to the following:

Financial Position.  At December 31, 2019, senior debt decreased to $16 million. The proceeds from the sale of Fundata were used to extinguish the term loan and reduce the revolving loan. The Company’s consolidated non-recourse, non-mortgage debt is in a nil position net of cash on hand as a result of significant debt repayment.

The Company also has $4.2 million of deferred purchase price obligations owing over the next two years and $10.0 million of a vendor-take back receivable from Fundata over the next four years. 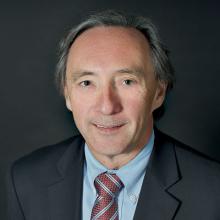